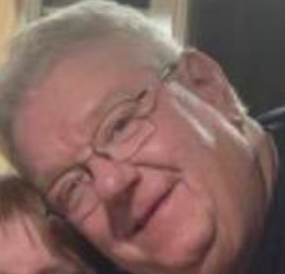 Richard Robert Rhoades, 60, of Windham, NY passed away suddenly at his home on December 31, 2022.
He was born in Catskill, NY on February 14, 1962 to the late Robert C. Rhoades and Julia Ray (Warren)
Rhoades.
Richard graduated from Windham-Ashland-Jewett Central School in 1981, and later graduating from
Albany School of Welding. He worked as a welder for Tech Welding in Grand Gorge and as a welder for
many years for Safe Way Scaffolding in Athens, NY before his retirement from there. This past summer
he worked as a grounds keeper for Christman’s Windham House, Windham, NY.
Richard is survived by his wife of almost 20 years Jill (Worner) Rhoades who he married June 21, 2003.
Also surviving are sisters, Carolyn Garvey and Barbara Rhoades, several nieces, nephews, and cousins.
He was pre-deceased by his parents and brothers Gary Wank, Larry Wank and brother-in-law Ronald
Garvey.
Richard also known as “Rodeo” loved a good time and enjoyed playing golf and his guitar and attending
stock car dirt races and hanging out with the pit crews. He also enjoyed going to rock concerts and going
backstage with members of several rock bands such as the Trans-Siberian Orchestra, New England Rock
Fest and friendship with Kivel Records owner John Kivel.
A memorial service will be held on January 7, 2023. Calling hours will be held from 10:30am – 12:00pm at
Decker Funeral Home,5312 Main Street, Windham, NY. A service will begin at 12:00. Interment will be held at a later date
at the convenience of the family.
In lieu of flowers, donations can be made to your favorite charitable foundation.