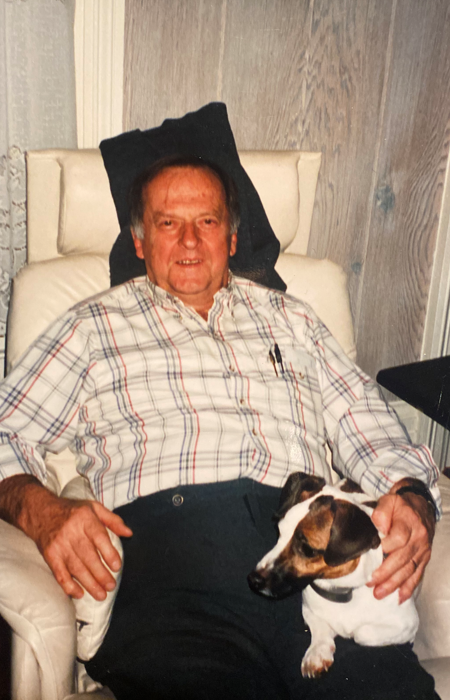 survived by his loving wife, Mary Frances Brabazon; his children

as well as many nieces and nephews. He was predeceased by his parents Peter

He was born on November 1, 1930 in Bronx New York. His early years were

spent growing up in Whitestone, where he enjoyed living by the bay,

boating and being a lifeguard. He graduated from high school, then went on to

Queens College where he completed two years of study. He was active duty in

the Navy for 20 years, training newly enlisted sailors. He continued for

another 10 years in the Naval reserves. There he learned carpentry and he

used his skills to renovate his homes and build lovely cabinets.

Frances decided to move the family there. He purchased the post office

building in Hensonville and started an insurance and real estate business.

He enjoyed traveling with his wife and friends. His favorite place to visit

was Ireland. Another favorite trip was a cruise to the Panama Canal. Many

happy years were spent in Long Boat Key and Sarasota, Florida.  Bernie was an

as Grand Knight for many years. One of his memorable accomplishments with

the Knights was planning a group tour to Ireland in 2007 where he had an amazing time.

Columbus. The family wishes to send our most sincere thanks to the Town of

Windham Ambulance for their amazing kindness and help. We also are very

grateful to the staff at St. Peter’s Hospital and Hospice for their