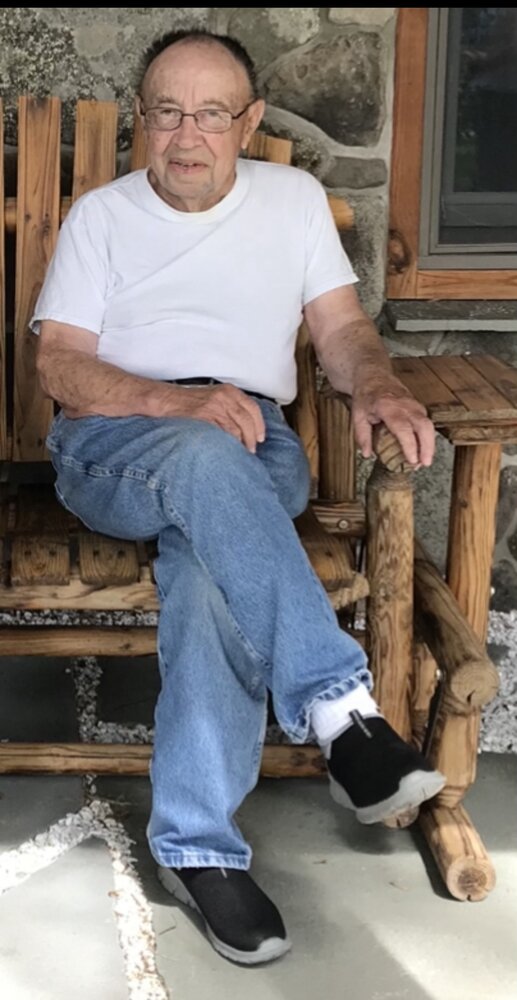 Donald W. Ballard of Prattsville N.Y. passed away on December 27th, 2021 at his home surrounded by family. He was 87.

Born May 27th, 1934 in Halcott Center N.Y. to Bessie and Wardell Ballard all he ever wanted was to be in the woods either hunting or logging.  His love for the outdoors made him somewhat of an "animal whisperer" as he could tame, train or mend any animal. It wasn't unusual for his family to wake up to an eagle, fawn or any animal in the house that needed attention.  He would "fix" and release them back out into the woods.

He will always be remembered as Barney, his shenanigans, pizza dough and "Barney dogs".  Everyone loved to stop and chat with him at his hot dog truck because he always had the best stories.

The family would like to thank Hospice and everyone that sent condolences.  He will be greatly missed out on the porch greeting people as they go through town.  A celebration of life will be held in the Spring.