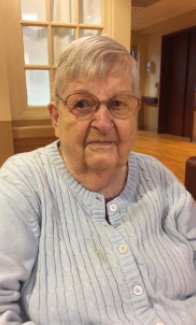 Margaretville- Edith Emily Preston Barlow Pine died on September 13, 2021. She was born in Sanford, NY to the late Herbert Preston and Lucinda Wayman Preston, the youngest of six children.

Along with her children, she is survived by her grandchildren; Crystal Barlow, Michael Steffen, Michelle Fancher and James Decker; fifteen great grandchildren and many nieces and nephews.

She was predeceased by all five of her siblings; her husbands Floyd and George; her grandson Herbie Barlow; son-in-law William Steffen and Daniel Rion.

Funeral services will be private.