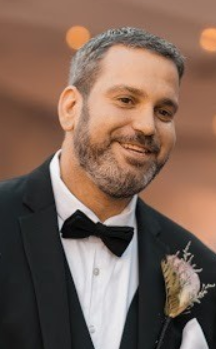 James Caropreso, 34 of Brooklyn, NY suddenly passed away on Friday, October 16th. He was a graduate from Windham Ashland Jewett Central School in 2005 and later received his degree in Construction Management from Delhi University. He soon moved to NYC to pursue his career in managing premier residential rental buildings. James was a diligent leader and enjoyed taking on new challenges. He soon became the Resident Manager at The Hub, a 55 Story Luxury Skyscraper in Downtown Brooklyn that consisted of over 750 apartments. Many described him as kind hearted, sincere and generous. Everyone loved his sense of humor and his ability to connect on a deep personal level. He was an active member of Hillsong NYC Church, where he attended weekly Connect Groups and encouraged others in his new found faith in Jesus. He enjoyed taking trips in his pickup truck and spending quality time with family and friends. He is survived by his parents Dominick and Debbie, his brother Gino, sister-in-law Cristel and his beloved English Bulldog Meatball. His grandparents, aunts, uncles and cousins are too numerous to name, but he cherished the moments and holidays he spent with them. He recently served as the Best Man at his brother’s wedding and delivered a speech that will be talked about for years to come. The family will have a viewing on Friday from 4:00pm-7:00pm at Decker Funeral Home 5312 Route 23 in Windham, and a Church Service on Saturday at 11:00am taking place at Hope Restoration Church 117-NY 296 in Windham.