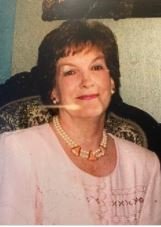 She is survived by her children; Jimmy (Tracey) Carey and Susan (Bob) Folmsbee; her grandchildren; John, Michael, Bobby, Laura, Brian, Marilyn and Vincent; her great grandchildren; Vincent and Dylan.

Calling hours will be held on Friday, August 14, 2020 from 11am - 1pm at Decker Funeral Home, 5312 Main Street, Windham, followed with a Mass of Christian Burial held at 1:30pm at St. Theresa of the Child Jesus Roman Catholic Church, 5188 Main Street, Windham. Interment will take place at Pleasant Valley Cemetery, Ashland.